Rooney is a self-described Marxist, and I suspect that she would enjoy Vanity Fair’s neat illustration of a point she makes in Normal People about the way books can function as cultural currency. “It was culture as class performance,” thinks a character at a reading, “literature fetishized for its ability to take educated people on false emotional journeys, so that they might afterward feel superior to the uneducated people whose emotional journeys they liked to read about.”

Though Rooney’s characters have scalding contempt for capitalism and its trappings, it’s easy to see how Normal People could have snuck into the handbag slideshow. Politics in Rooney’s novel are often ambient rather than explicit, submerged under the surface of a love story about, as Rooney writes, “two people who, over the course of several years, apparently could not leave one another alone,” Marianne and Connell, who spend four years alternately pursuing and withdrawing from each other.

One critic recently noted that the politics of Rooney’s novels were largely “gestural,” with airy mentions of Gaza or austerity protests but not much radical substance. Another suggested that her politics were essentially decorative, “more setting than subject.” I disagree. I don’t think Rooney is garnishing her love story with politics. She’s embedding politics closely and rigorously in the love story, showing how relationships can function like miniature states, and how political principles can work on an intimate scale, in the interactions of two, three, or four people.

In interviews, Rooney often talks about growing up hearing Marx’s dictum “From each according to his ability, to each according to his needs” from her parents, and absorbing it as if it were a universal rule, maybe something Jesus said, or, as one interviewer from The Cut put it, something somebody might embroider on a pillow. In Normal People, characters have different things at different times: money, social capital, looks. The novel suggests the possibility of a setup in which these advantages are shared and redistributed according to need. Call it a Marxism of the heart.

Love across class is a common theme in novels. In Jane Austen, clearly a model for Rooney, people are fixed in their status, or can move in one direction or the other: a person of lower status (Elizabeth, in Pride and Prejudice) marrying one of higher status (Darcy), or one of lower status (Wentworth, in Persuasion) earning up into a higher bracket (Anne’s). But what Rooney has is something different—a seismographer’s attention to the dips and tremors of social value, the way that, as the British writer Olivia Laing wrote, “beauty, intelligence, and class are currencies that fluctuate as unpredictably as pounds and dollars.”

At the beginning of the novel, when the characters are in high school, Connell’s stock is higher. Marianne is rich, and, yes, Connell’s mother cleans her house, but she is aloof and odd, someone who “wears ugly thick-soled flat shoes and doesn’t put makeup on her face.” Connell is athletic and well liked. They have an immediate attraction, but he keeps it secret because he is afraid of what his friends will think.

After high school, when they both attend Trinity College, the seesaw reverses: Marianne’s gawkiness becomes glamour, and Connell feels out of place against a backdrop of waxed hunting jackets and champagne. Marianne’s status “elevated Connell to the status of rich-adjacent: someone for whom surprise birthday parties are thrown and cushy jobs are procured out of nowhere.” The father of one of her new friends “was one of the people who had caused the financial crisis—not figuratively, one of the actual people involved.”

They circle, always seeming to misunderstand each other at some crucial moment. At one point, Connell loses a job and can’t pay rent for the summer in Dublin. He tries to ask to stay with Marianne, but she thinks that he is saying he wants to leave town. They break up. This represents her failure of imagination and his failure of courage, but also suggests that independence is not an uncomplicated virtue. The solution is obvious, and she has something he needs. Why shouldn’t people give one another food, and money, and places to stay?

Eventually they come into a kind of mutual dependence, something fundamentally at odds with the mainstream, if hazy, acceptance of independence as an obvious good (and, particularly, a feminist good). The message of the current moment can often seem to be: Limit your emotional labor; be your own best advocate; don’t let your relationships compromise autonomy or empowerment. “How strange to feel herself so completely under the control of another person, but also how ordinary,” Marianne thinks. “No one can be independent of other people completely, so why not give up the attempt, she thought, go running in the other direction, depend on people for everything, allow them to depend on you, why not.”

Rooney allows Connell to come to Marianne’s rescue when she is threatened by angry or violent men, not once but three times: when she is groped in a nightclub, bullied by her boyfriend (the one whose dad caused the financial crisis), and, finally, abused by her brother. A novel espousing independence as a straightforward virtue might have made her come to her own rescue. Connell isn’t helping her as an archetypical knight, but he is still a man and aware of the power this confers him in particular circumstances. The book suggests that people can use their advantages for one another—that personal qualities, abilities, status, and other advantages can act like wealth or goods in a socialist society, for common benefit. This extends far outside of gender, of course: Though Marianne initially fails to see that Connell needs a place to stay, she offers him other things, including social protection and money when he’s been mugged. From each according to their abilities, to each according to their needs. […]

Normal People answers the question posed in Conversations With Friends [Rooney’s eerste werk, BK]. It suggests that despite everything, despite the helplessness that Rooney’s characters feel in the face of global capitalism, and class differences, and the judgments of others, radical politics can work on a small scale and are worth pursuing even if the world’s broader inequalities feel both inevitable and unsolvable. Normal People proposes that a merciful and just country can still exist, even if only in the space between friends.

Anne Enright schreef over de roman: It is superb … a tremendous read, full of insight and awareness.

Olivia Laing: Magnificent … Rooney is the best young novelist – indeed one of the best novelist – I’ve read in years. 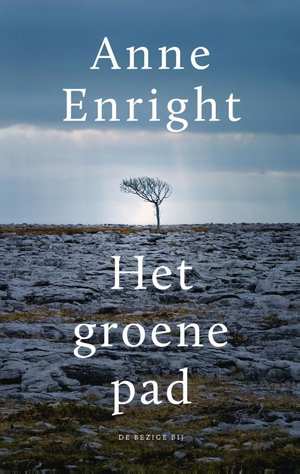 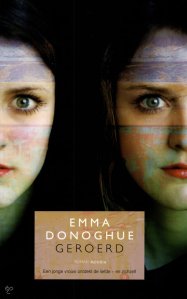 Apart from the University College Dublin setting circa 1989, Stir-fry has little of my life in it; I was interested in exploring how someone who lacked my own clarity and confidence might wander, even stumble, into questioning her sexual identity. The infinitely generous agent who took me on at 21, and has stood by me to this day – Caroline Davidson – put me through seven drafts, and kept my spirits up through endless rejection letters, before she managed to get me a two-book deal on both sides of the Atlantic. It’s a sign of how new I was to writing fiction that I changed the ending of Stir-fry completely in the last draft, after a friend pointed out that there was in fact much stronger chemistry between two other points in the human triangle. Then I tried to have the novel pulled just before publication, wanting to start my career with Hood instead, but my wise editor – the late Kate Jones at Hamish Hamilton – talked me down, promising me that Stir-fry, although slighter in some ways, would offer readers just as much pleasure.

Mistaken comes complete with a plot as precise and as crafted as that of the finest thriller, filtered through an insistent narrative voice that holds the stricken reader as if at gunpoint. For all the revelation and atmosphere, all the yearning and the anger, it is the writing, the linguistic artistry that ultimately leaves one gasping. Be warned: this is a great international novel, a great Irish novel and, most of all, a great Dublin novel that thoughtfully heeds Joyce and then breaks free the way a child eventually shrugs off even the most loving and beloved of parents. […] … this is Jordan’s moment; he alone has pushed narrative and has broken free of everyone. Irish fiction needed a cohesively great novel, pulsing with darkness, intelligence and revelation. Here it is.2 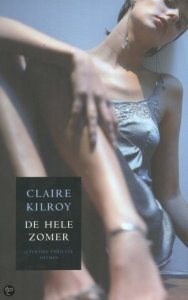